Advanced surgical technology is increasingly becoming the standard of care for some procedures, especially those that fall into the minimally invasive category. Training on the kind of equipment that allows for major surgery through tiny incisions is standard now in most surgical training programs.

One such “robot,” the da Vinci XI®, recently joined the team at Meritus Medical Center. The surgeon manipulates the robotic arms through a console positioned in the operating room several feet away from the patient.

Technology like the da Vinci offers surgical patients less pain, quicker healing time and enhanced recovery from their procedures. Because of the smaller incisions, patients often require reduced use of narcotics and are home sooner from the hospital than was possible in the past. All of this leads to better patient satisfaction.

This advanced surgical technology offers doctors the opportunity to perform many types of procedures with more precision, flexibility and control than is possible with conventional techniques.

Initially, the da Vinci will be used to support bariatric, gynecologic, urologic and general surgeries at Meritus Medical Center. Surgeons on the medical staff are in various stages of training to use the new system. The first wave of six credentialed surgeons will serve as the backbone of the program.

According to Dr. Collins, open surgery, with large incisions, will always be needed in certain situations. While standard laparoscopy, with small incisions, has been around for years and allowed surgeons to work inside the body with a camera and small tools, the new technology offers a third way to operate and take standard laparoscopy to the next level.

With the da Vinci, the surgeon sits at a console with a 3D monitor and uses controllers that translate his/her hand movements in real time, bending and rotating the instruments used in the procedure. The small scissors, forceps and other instruments move like a human hand with a greater range of motion. Speakers in the console allow communication between the surgeon and the other surgical team members 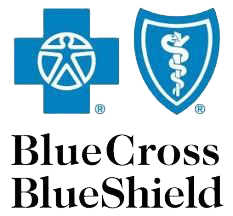